“A free people ought not only to be armed, but disciplined … ” – George Washington, First Annual Address to both Houses of Congress, January 8, 1790 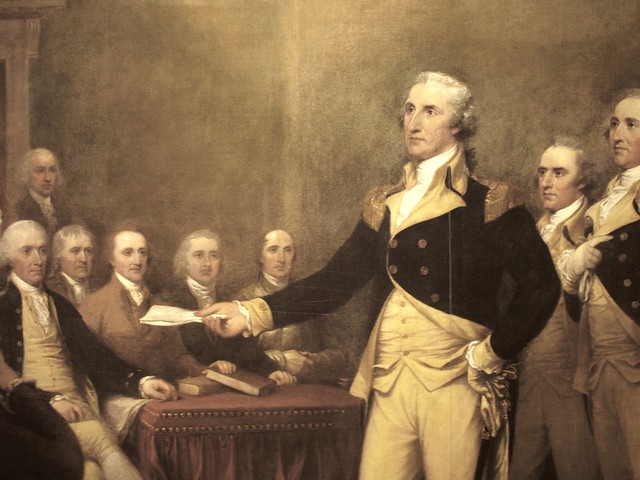 Anyone who is more than 30 years old understands the meanings of words change along with society…we see slang words come and go…but normal everyday words change in time.

Let’s take the word “regulated.” For those of us who live in today’s regulated world, we well know its meaning…bureaucrats at the national, state and local level pass regulations to regulate our behavior or penalize us for non-compliance. We are a regulated people at many levels. But is this the only meaning of the word, and has it always been defined as we now understand?  The latin root “regula” means to rule.

Okay, we understand there are rules. We are required to follow some rules while others are simply in our best interests, such as “The Golden Rule.”

Now, we don’t look at the Golden Rule as we do an EPA Regulation. The first is a good idea for behavior and the other can severely fine us for breaking them.

What if I told you at one time “regulated” meant “equipped, trained and prepared?”

Ever hear of the terms referring to soldiers as “volunteers” and “regulars?”  Our founders did not like the idea of a standing army, in fact, they put it in the Constitution, and it’s still there; did you know that?

“Regulars” were those who regularly trained and were equipped and prepared to fight. When our constitution was written, we did not have a standing army or National Guard. States had militias that were very loosely organized at the state level. Regulars were those who may have had a uniform they made, and they have their own guns.

Our founders were, in many cases, normal men, however, they were men who were well read and well knew the lessons of history.  More importantly, they knew that to ignore history, was to repeat mistakes.

Weapons were vital for many things: food, personal protection, helping local militia, and as a failsafe to protect from tyranny…both domestic and foreign.

This brings us back to the point-  the 2nd amendment. “A well regulated Militia, being necessary to the security of a free State, the right of the people to keep and bear Arms, shall not be infringed.”

The right…this is not a suggestion.

The right of the people to keep and bear arms shall not be infringed…restricted or denied. There are two reasons given for not infringing on the right-  the security of a free state (not nation), and an equipped, trained and prepared militia. Those were two reasons given, but reading the writings of the founders, it is clear these are not the only reasons, just two very compelling ones to protect the right.

Does anyone find it interesting SCOTUS can find a right to gay marriage in the 14th amendment, yet does not understand what infringe means in the 2nd?   Just something to make you think today.