I was among the first 18-year-olds to be able to cast a vote in 1972 in the Nixon/McGovern election. The war in Vietnam was, of course, a huge issue, but in that day Presidents still stayed pretty well within the bounds of the Constitution, and Congress had not emasculated itself.

I recall when the Watergate scandal hit; the general consensus was that everyone did it.  Nixon’s problem was he got caught and then denied it. We were all a little cynical about politicians, even then, but I don’t think that any of us knew the path we were on. 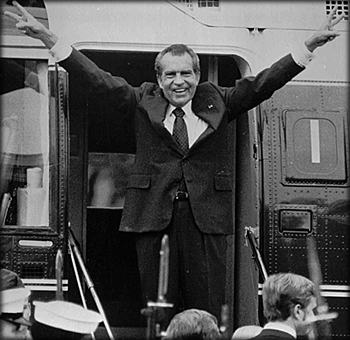 Progressives, of course, had made tremendous changes in our society and government in the early 20th century.  Eugenics and population control were also part of the elitism of progressives which made sweeping changes in our society. Ushering in oral and other contraceptives, and then abortion brought us further from the moral values and pushed us further down the road to a selfish existence with no consequences for our behavior.

1913 was a sea of change year for our nation. The Wilson administration helped to usher in a federal income tax, the loss of state representation, the Fed, and the permanent setting of the House at 435. Any one of these spelled disaster for liberty.

Together, these changes cemented the foundation for a federal government behemoth that has taken on a life of its own and is uncontrollable at any level.

Imagine the power and control the government gained by taxing the people directly, something the founders had protected us from constitutionally. Senators used to represent the states’ interests…no more. The Fed controls money supply and policy, and consequently led to the dissolution of the gold/silver-based currency, thus adding inflation to our worries. The US Dollar has devalued 98% since the inception of the Fed. Our representation was initially set at one representative per 50,000 people. If we were to have that same ratio today, there would be 6,400 representatives in the House, not 435.

I have frequently likened the federal government to the monster created by Dr. Frankenstein created as an experiment. It quickly became something that could not be controlled. The people, out of fear and frustration, had no option but to take to the streets with torches and pitchforks. 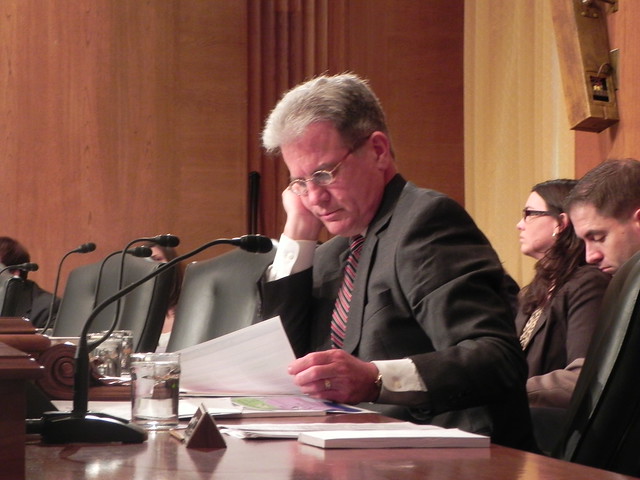 Tom Coburn, R, retired Senator from Oklahoma, is one who seemed to never be tainted by the vileness of Washington DC. He annually brought attention to the waste and excess spending in DC, and of course, no one else listened and the machine rolled on. He retired early, partly due to health issues, but also due to the fact that he came to a realization. He learned that not only could he NOT affect change in Washington, but even IF we could make all 535 legislators serious constitutional patriots by voting out the progressives, no significant change could be made to the system.

The system has been built to be self-sustaining.

The last best hope is NOT torches and pitchforks!

The Constitution was nearly complete and ready for a final vote when a commissioner brought up an objection to Article V. The Articles of Confederation required a unanimous vote for amendments and the new constitution only had an allowance for the legislature to initiate change.

George Mason argued from the floor of the Convention that:  “It would be improper to require the consent of the National Legislature, because they may abuse their power, and refuse their consent on that very account.” Mason added that “no amendments of the proper kind would ever be obtained by the people, if the Government should become oppressive.”

In response to these concerns, the Convention unanimously voted to add language to allow states to apply to Congress for a convention to propose amendments to the Constitution.

One of the biggest obstacles to an Article V convention is uneducated people-  not stupid people. They have their hearts in the right place, but they just do not understand the safeguards in place or the reality of the monster.  The monster actually operates within boundaries, just not the ones we consider.  It is frequently said that if government does not follow the Constitution now, why would we think they will after a convention?

It actually does follow the Constitution…just not the one we carry in our pockets. Watch this short video:

Now that we know this – it is up to us to use it to our advantage. We can use this information to restrain spending, taxation, regulation, interpretation of the “Commerce Clause,” SCOTUS, POTUS, and yes, even limit the terms of legislators and bureaucrats.

Another objection is that the convention would be uncontrollable. Actually, it would be quite restrained. There is a history of 37 state-run conventions; there are rules in place. But just to be sure, the Convention of States Project put on a “Practice” convention.

137 commissioners from all 50 states gathered to practice and see just what might happen. While this was just a test and nothing coming out of it is permanent, it demonstrated how these men and women took this event with the seriousness and solemness of an actual convention.

The last best hope is for you and me to become involved at our local and state level by educating and motivating our state representatives to act. Become a volunteer with the COS Project today. EVERYONE can do SOMETHING! Time grows shorter every day, and after November 8th, there will be a new scientist in the laboratory. The monster will still be roaming the countryside, striking fear into the hearts of the citizens. Our torch and pitchfork are found in: www.cosaction.com.